One of the oldest betting games in the world

American Roulette is a game where participants play against the Casino. The objective is guessing in which roulette number the ball will fall.

At Casino Gran Vía, you’ll find American Roulette tables in the second floor. The Salón Real is the perfect place to enjoy one of the most famous games in the world in an exclusive environment.

This is one of the oldest betting games in the world, which has given rise to different hypotheses about its origins. From the evolution of a game played in ancient China, to a training method in ancient Roman camps, to keep the soldiers entertained, until it appeared in 17th century France when Blaise Pascal invented a roulette with 36 numbers.

The game continued to evolve until the French brothers François & Louis Blanc added number zero, in the late 19th century. This roulette, the one we know nowadays, was first introduced at the Montecarlo Casino.

Dare pick your lucky number and experience the thrill!

How to play American Roulette

Next, you will find some rules and curiosities about American roulette:

These images summarize the game development. Click on them so as to zoom in. 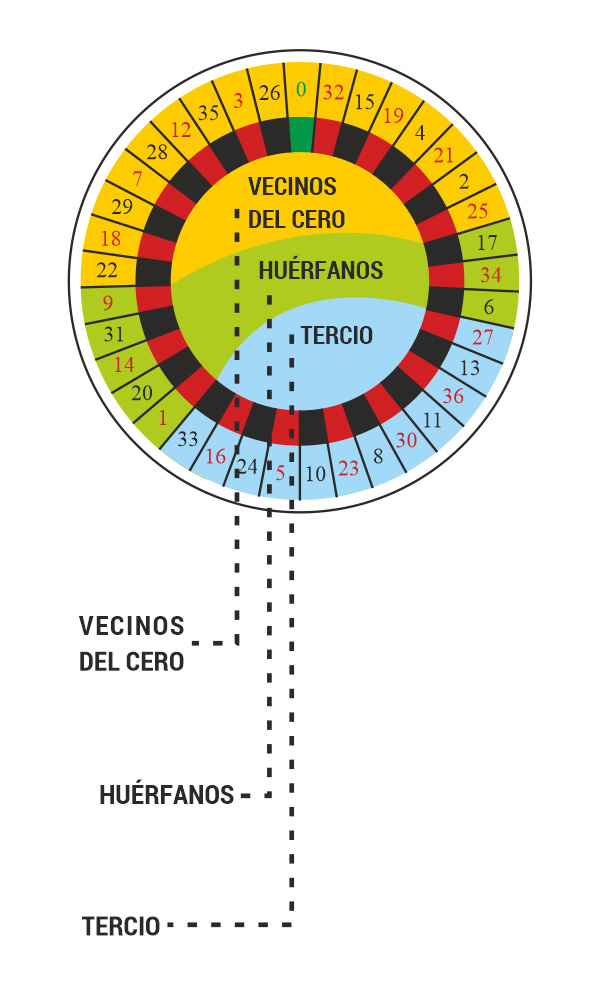 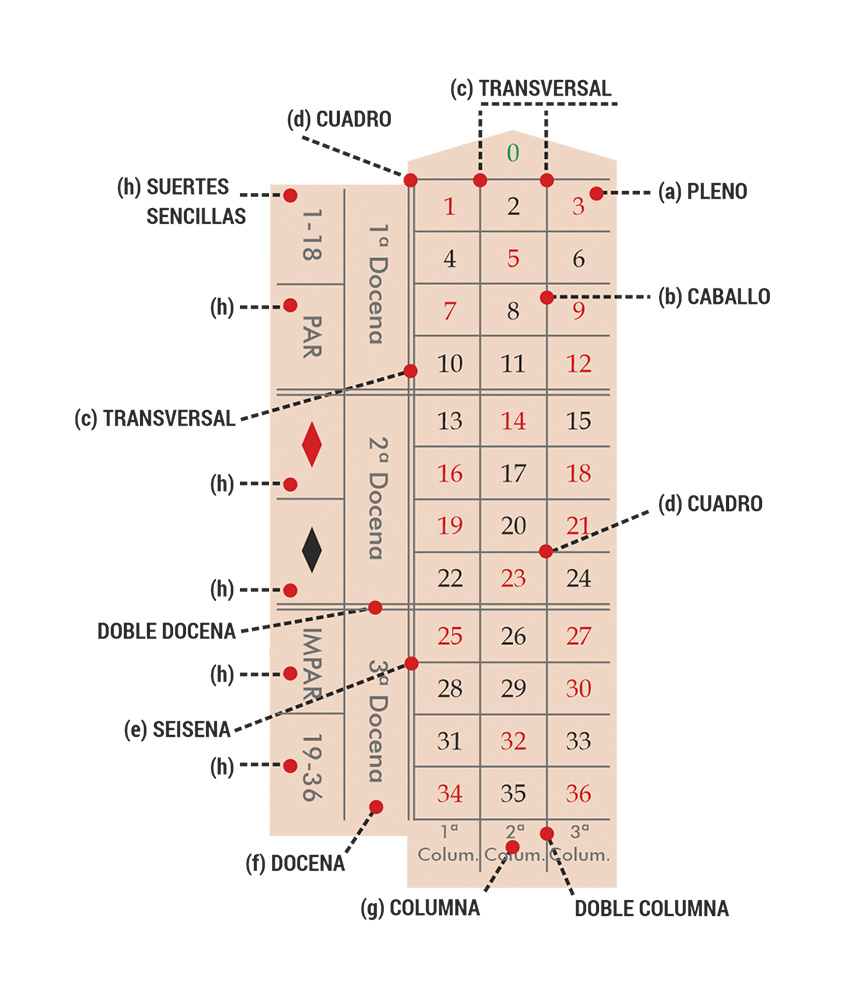 At the Casino Gran Vía American roulette, bets can be made using as a reference either the Layout and/or the Wheel.

In this mode, players usually place their chips on the table. This is the simplest type of bet, since it’s about playing 18 numbers, depending on the chosen option (Black or Red/Even or Odd and High or Low). It pays 1×1.

In these bets the player, with one single chip, covers several winning possibilities. The various winning combinations are explained next:

It’s about covering as many numbers on the layout by using the minimum amount of chips. Please note the following bets per sectors:

One on straight on 1.

These are the winning combinations of the American roulette. You may click on them in order to zoom in.

Maximums and minimums are within the fluctuation range authorized by the Autonomous Government of Madrid, and they’re explained at each American roulette table. 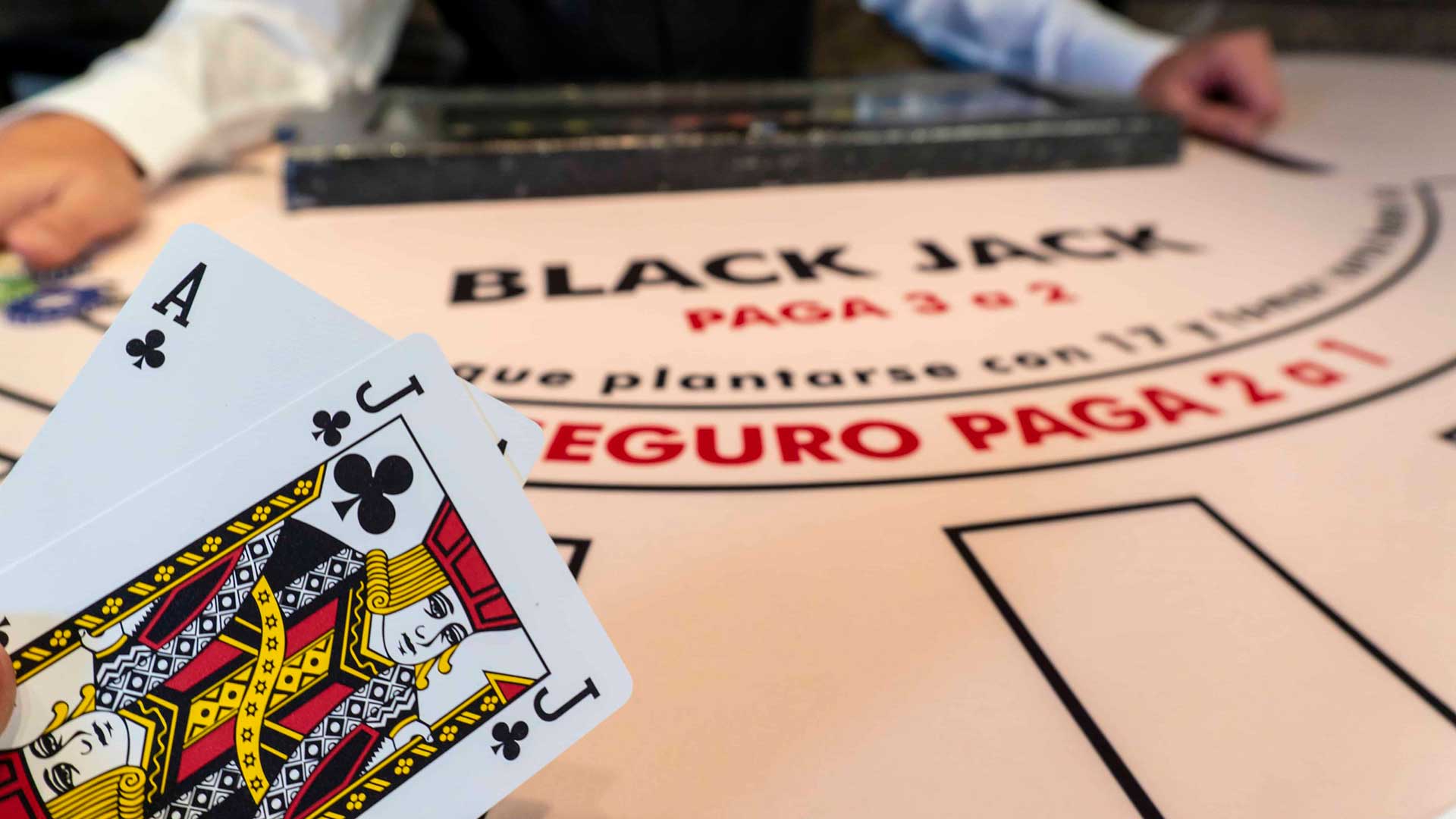 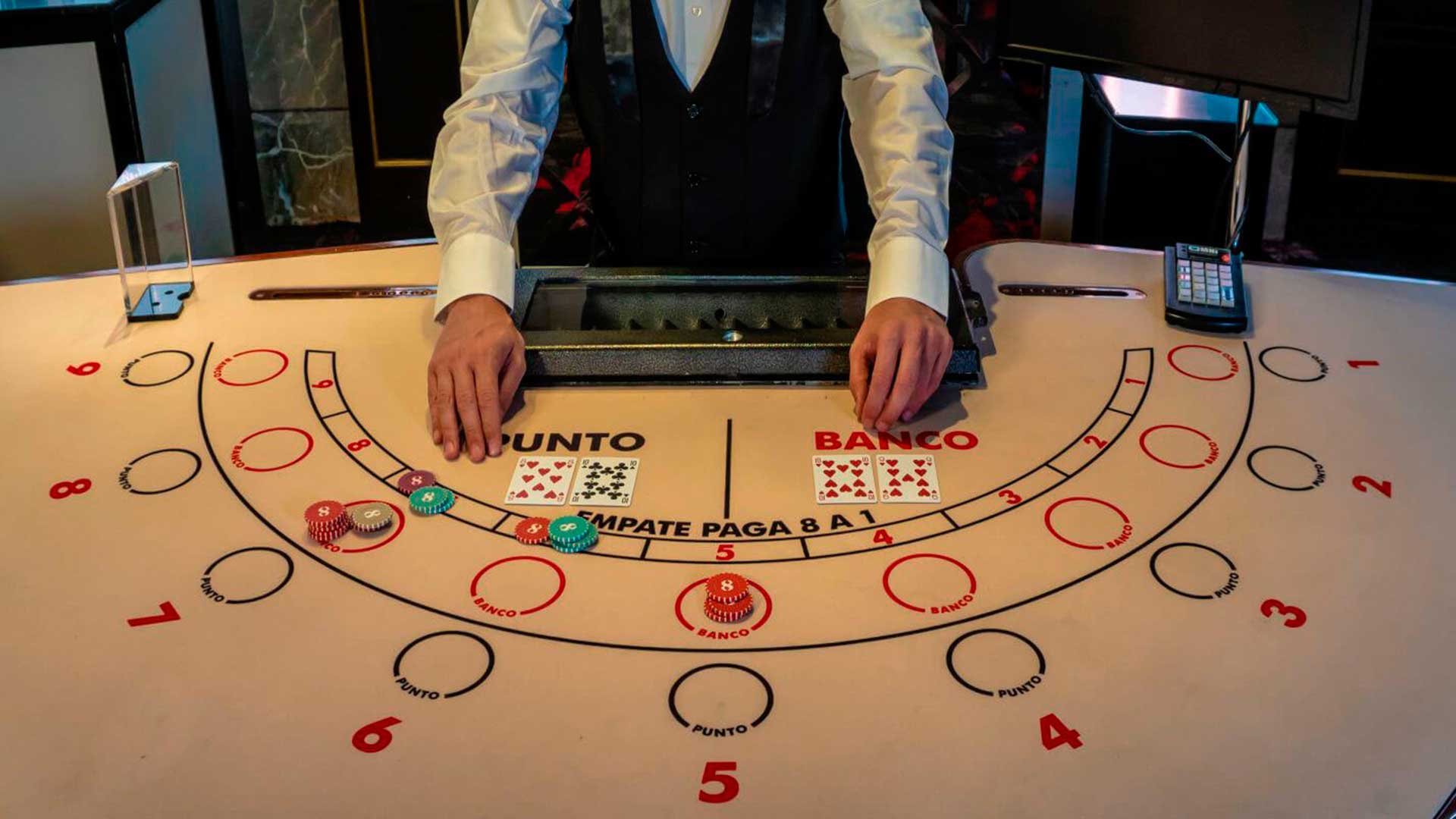 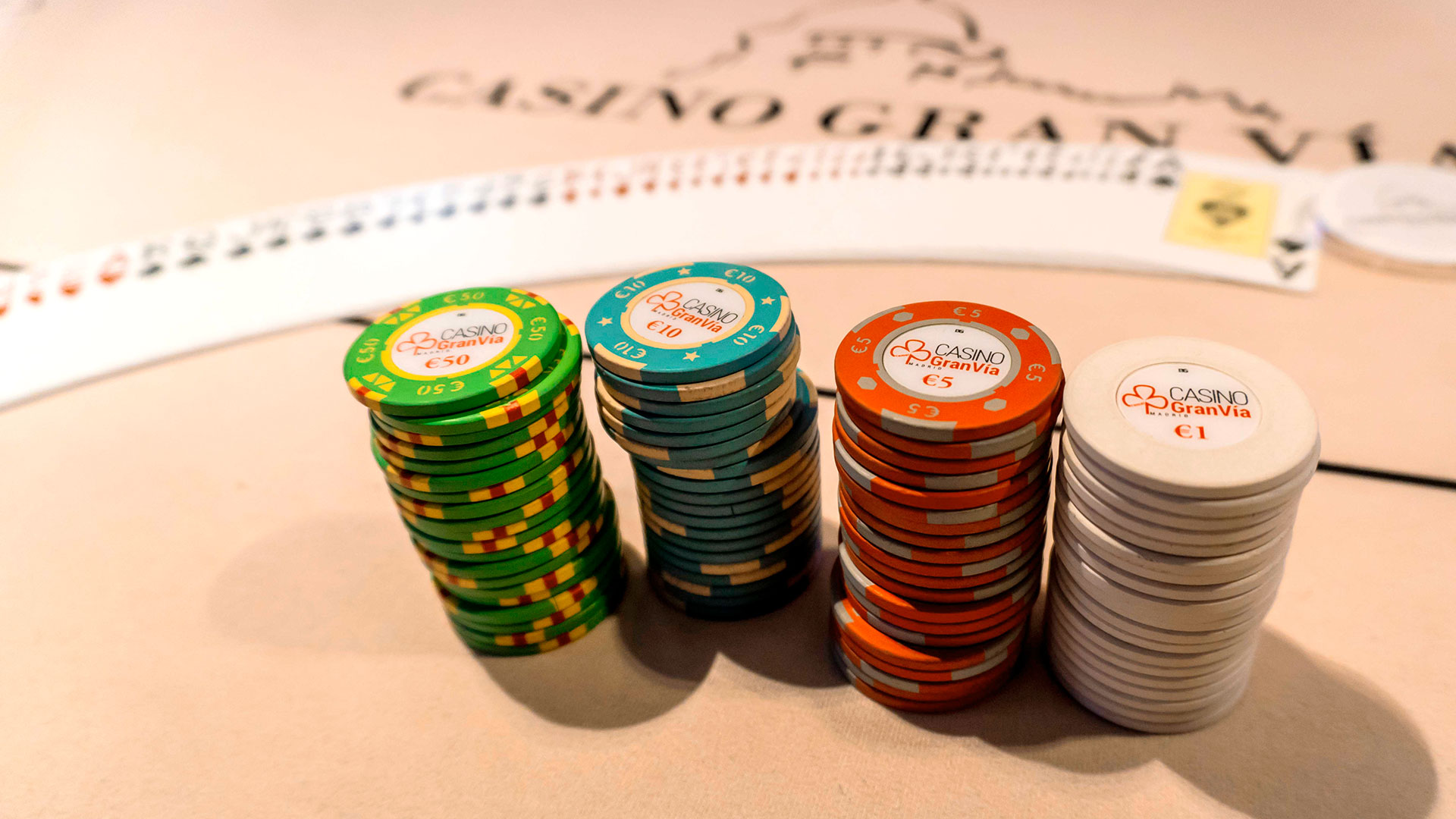 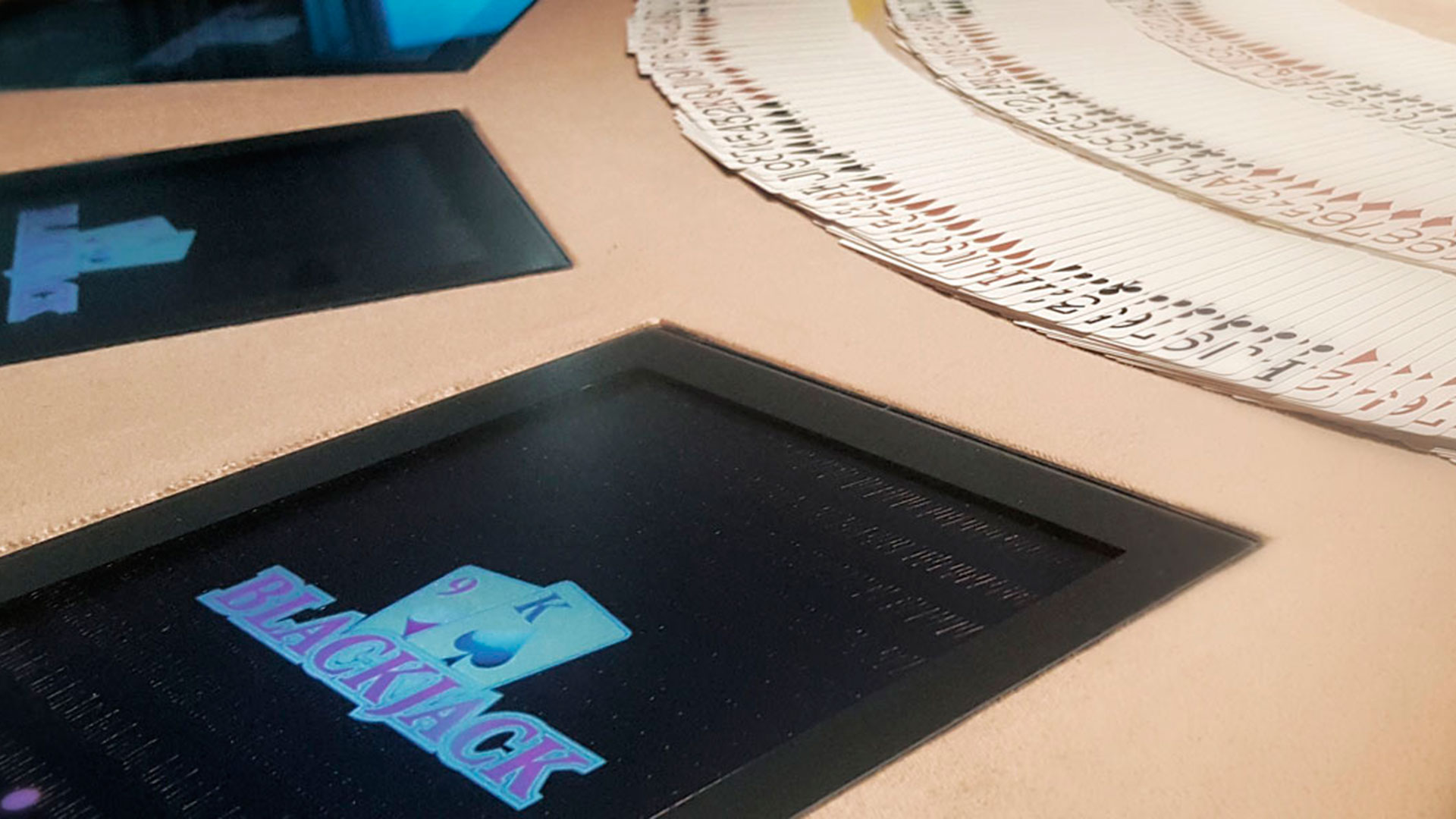 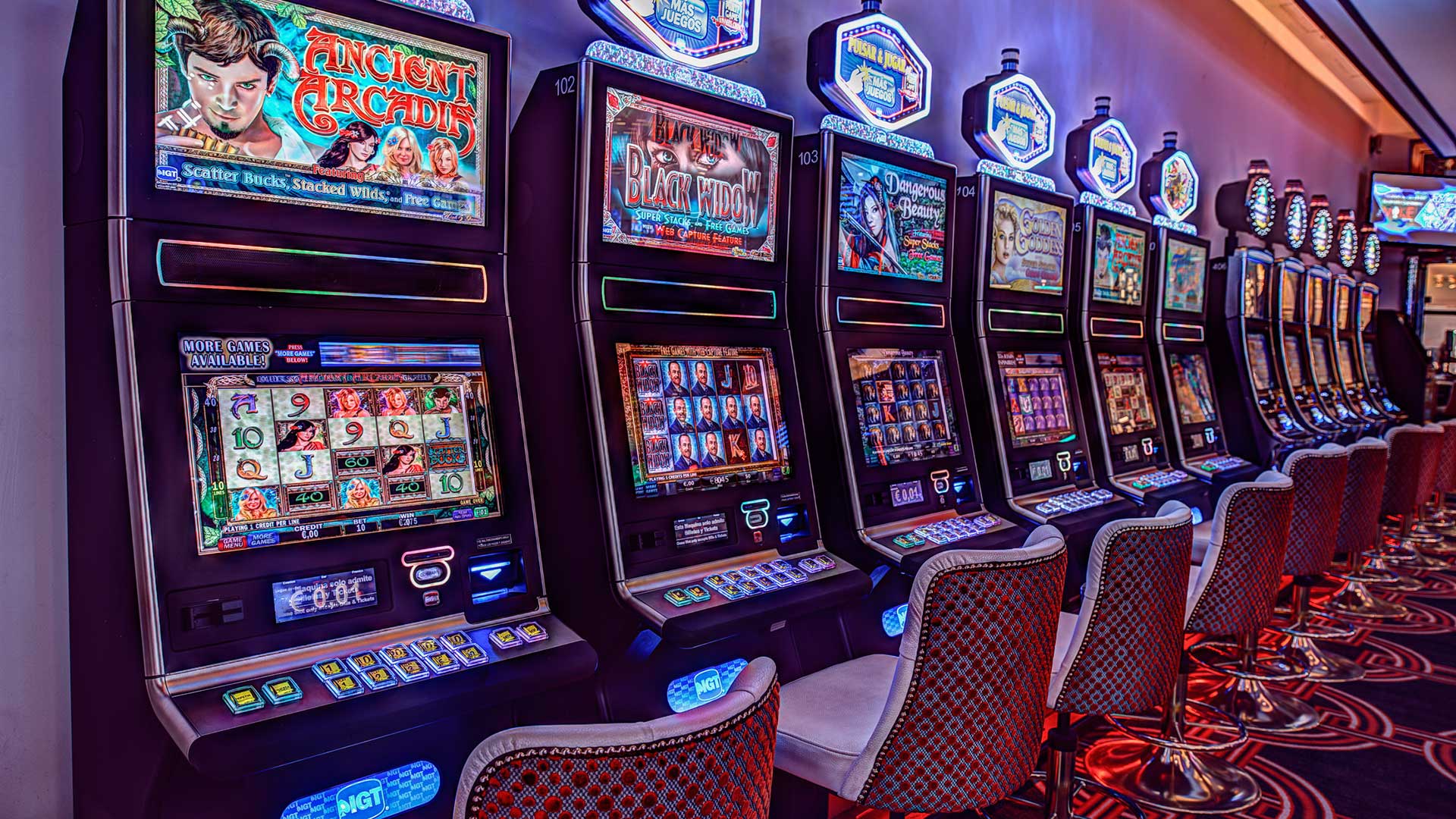